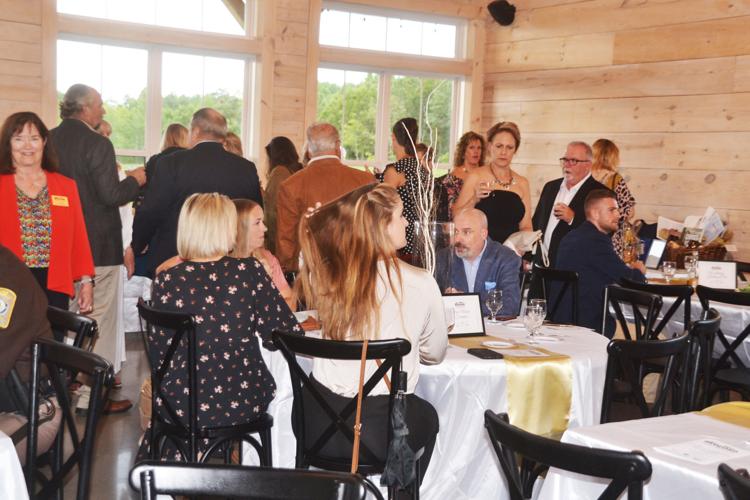 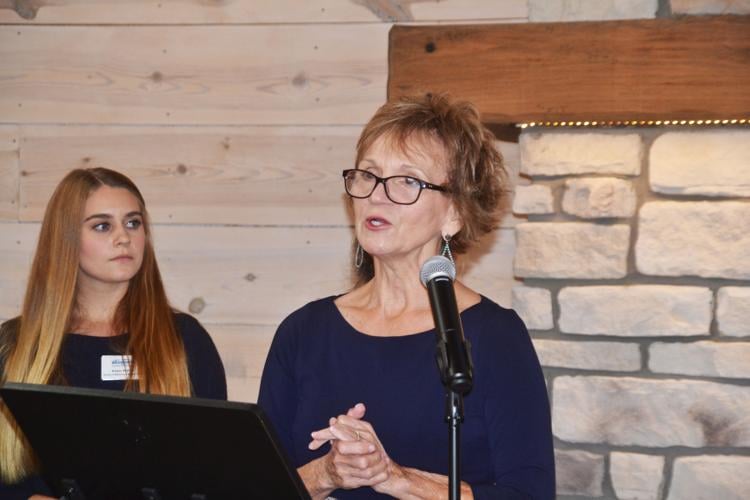 Last week, Bedford Area Chamber of Commerce President Patti Jurkus presided over a business awards gala that returned to the event’s former glory. Held at Cedar Oaks Farm, the attendees nearly filled the large wedding venue. The purpose of the gala is to honor local businesses that have had an outstanding performance. All contenders for the awards were nominated by Chamber members.

Apocalypse Ale Works was named Small Business of the Year. It first opened in December, 2012 and got its as a tongue in cheek nod to the end of the Mayan calendar, which some thought that signaled the Apocalypse. Founded by brew master Doug John, the brewery, as a shelf and draft presence across the state.

Bridge Street Cafe got the Rising Star Award. Justin Hayden, born and raised in Bedford, opened it in October, 2021. They serve high quality coffee and food with high quality service and have a large porch that overlooks Bridge Street. Hayden is the brother of Jonathan Hayden (DJ Showtime) and retired Sheriff’s Office Captain Tim Hayden.

Anxious for Nothing was named Non-Profit Organization of the Year. It was established by Karla Powell in 2020. They started with a food program that provided food and hygiene items to homeless communities. The expanded to a skateboard program that now involves 100 youth. The food program now offers “breaking bread boxes.” These are meal kits that are delivered bi-weekly, free of charge, that include meal ingredients, a recipe and a family activity. This year they offered a free camp to 57 students.

Little Otter Flower Farm received the Agri-Business of the Year Award. Their mission is to help people with autism develop job skills and integrate into the community. So far, since January 2021, they have helped four interns develop new skills. Their son, Max, who is a sophomore in high school and has autism has taken over record keeping at the farm and handles cash transactions for them at the Bedford Farmers Market.

He also handles planning and communications for their Random Acts of Kindness deliveries.

Sam Moore Furniture was named Large Business of the Year. Founded in 1943, the company currently employs more than 230 people. They have 60 employees who have been with them for 20 years or more and 15 who have worked for them for more than 40 years. The company’s goal is to provide competitive pay rates.

Travis Thomas was named 2022 Citizen of the Year. Thomas has coached basketball since 2010 through recreational leagues and Liberty High School and Middle School. He established a travel basketball program and hosts basketball tournaments and a father and child cornhole event. Thomas is a Bedford Town Police officer.

Thomas would like to see Bedford have a family and youth development center to reach at-risk youth and help young adults break out of the cycle of poverty.