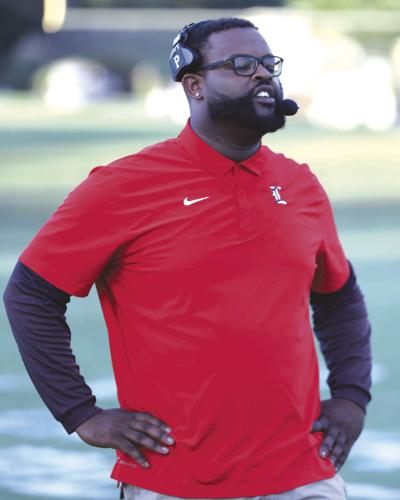 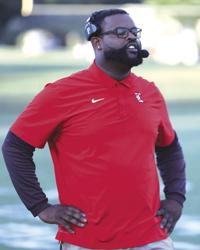 Liberty coach Daryl Robertson makes his return to City Stadium on Friday when his Minutemen take on E.C. Glass. Robertson was a Glass assistant coach for a few years and spent many nights on the sidelines at City Stadium. 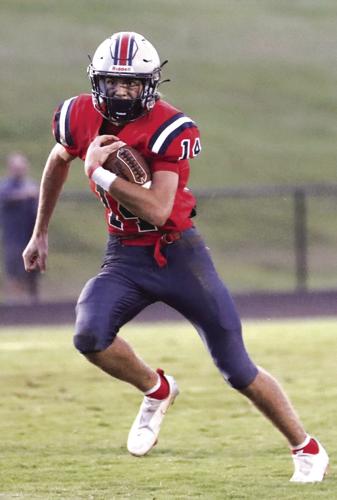 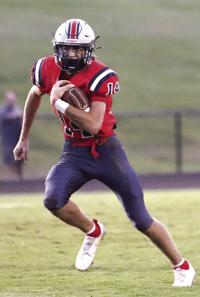 Noah Crumpacker will likely be the starting quarterback for Liberty on Friday against E.C. Glass. Crumpacker, a sophomore, stepped in for LHS starter Mason Davison last Friday against Amherst when Davison was injured. 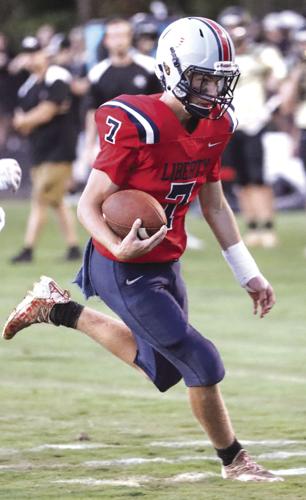 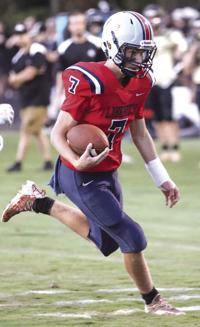 Liberty coach Daryl Robertson makes his return to City Stadium on Friday when his Minutemen take on E.C. Glass. Robertson was a Glass assistant coach for a few years and spent many nights on the sidelines at City Stadium.

Noah Crumpacker will likely be the starting quarterback for Liberty on Friday against E.C. Glass. Crumpacker, a sophomore, stepped in for LHS starter Mason Davison last Friday against Amherst when Davison was injured.

After the first play of the game, the Minutemen’s chances to upset the Lancers became even longer when starting quarterback Mason Davison, playing on defense, was knocked out of the contest.

“It was a questionable hit,” said Liberty coach Daryl Robertson. “I thought it was targeting but the referee just called a personal foul.”

Rather than fold, Robertson said the injury gave his team a spark. But it wasn’t enough as the Lancers jumped out to a 36-0 halftime lead and cruised to a 49-8 victory at Minutemen Stadium.

“We weren’t prepared for that,” Robertson said of Davison’s injury. “You can never prepare for that. But it motivated our team because we wanted to play for him. Noah Crumpacker came in and played quarterback and he did a phenomenal job. But without the reps, we were just thrown in fire and had to do what we had to do. We played well given the circumstances.”

The “circumstances” were that Crumpacker is actually the third-string QB. Davison’s backup is sophomore Tony Martin, who was sidelined with a knee injury suffered in Liberty’s opening game against Northside.

Crumpacker wasn’t the only Minutemen who found themselves starting against the Lancers (3-0). Robertson kept some of his usual starters on the bench early in the game as a punishment for not keeping up with their studies.

“On Monday, we discussed some academic stuff and the guys were given some motivation to get their grades right,” he said. “That’s part of being on the team. Being a good student-athlete. Student comes first.

After the half, the Minutemen played toe-to-toe with the Lancers. The LHS defense allowed just one TD in both the third and fourth quarters and Bryce Snead’s rushing TD in the closing minutes prevented a shutout loss.

“Bryce Snead, Kentrell Evans and Noah Crumpacker, those guys they helped lead the way and we had some guys step up and it was good to see,” Robertson said.

Some big runs by Evans moved Liberty into the Amherst red zone and Crumpacker hit Dameen Williams with a two-point conversion pass.

“We played hard. We never quit,” Robertson said. “The second half, I thought we rose to the occasion of just competing. And it’s the small things that overall will become the big win that we’re looking for. I was proud of the guys. They never quit.”

The Minutemen have to shake off the setback quickly as the travel to Lynchburg’s City Stadium on Friday to take on E.C. Glass, who is coming off a heartbreaking 12-0 loss to rival Heritage in the Jug Bowl.

Robertson is well acquainted with the Hilltoppers. He was an assistant coach there for a few years before leaving Lynchburg for a job on the William Fleming sidelines.

“I know a little bit about them,” Robertson said of Glass, with a laugh. “I know they are coming off a loss against Heritage and they’ll be ready to go. … They play hard. They compete.”

But he added that they familiarity he has with the Hilltoppers doesn’t set this game apart from any of the others on the schedule.

“I’m excited for every game,” he said. “Every game is a great opportunity. I know that this is Glass and I know a couple people across the sideline, but it’s just another game and I’m excited to have the opportunity to go out there and compete.”

The Glass game will be just the second road game for Liberty this season as the Minutemen have played three of their first four at Minutemen Stadium. Robertson said he’s been stunned by the support he’s gotten from the fans and hopes they will make the short drive to Lynchburg on Friday.

The Minutemen will likely be without Davison against Glass. Robertson said the freshman had a CT scan that came out negative, but he doesn’t expect him to see action again until after the bye week on Oct. 7 against Rustburg.