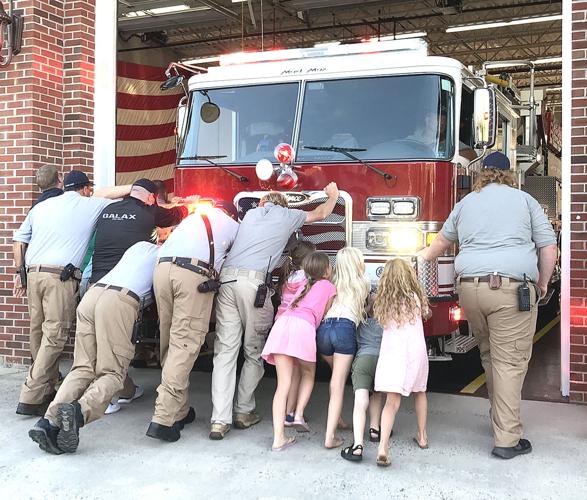 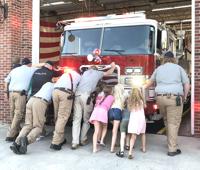 Firefighters and community members push the new Tower 11 truck into the firehouse. 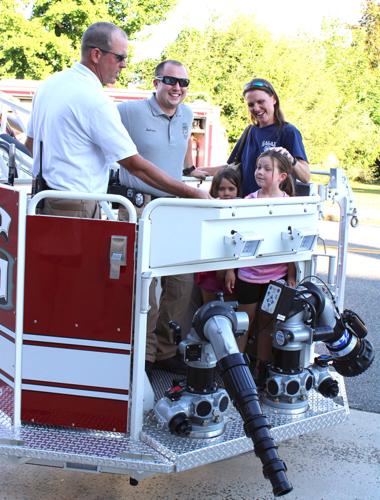 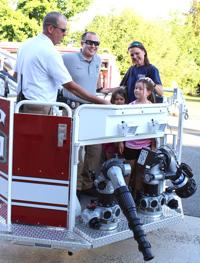 Ayers (left) with the Hennis family, prepares to take a 100-foot ride in Tower 11’s basket. 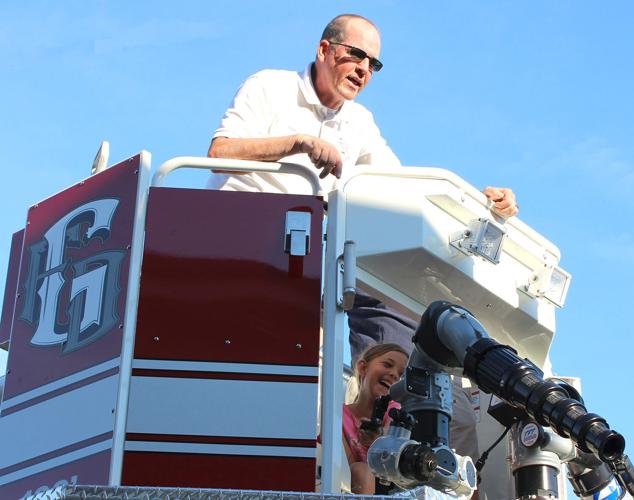 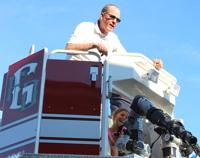 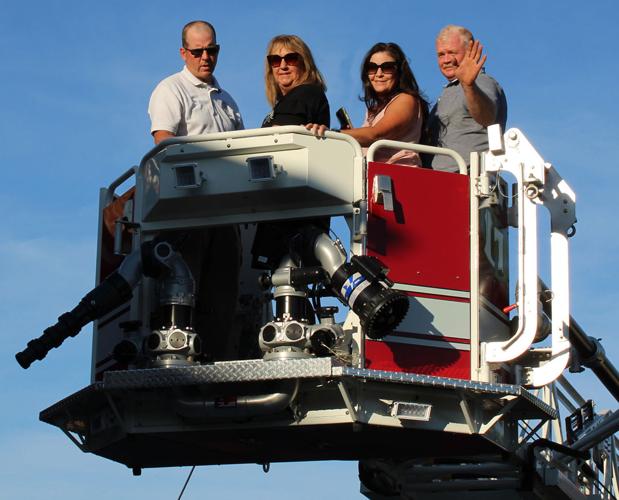 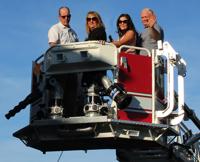 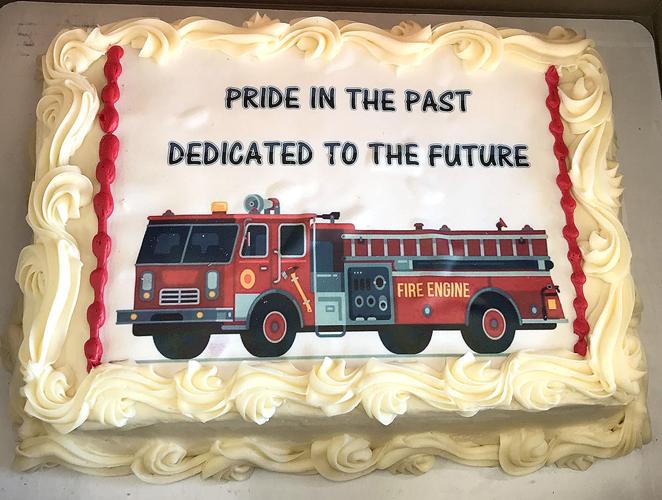 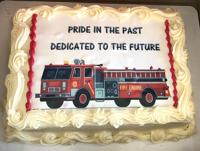 A special cake made for the occasion. 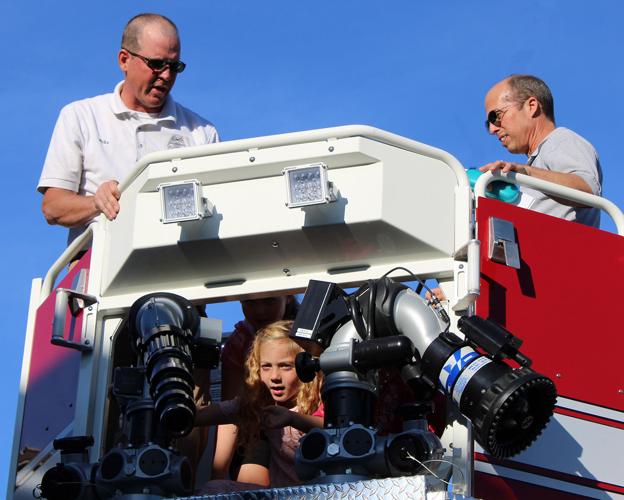 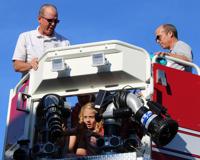 Firefighters and community members push the new Tower 11 truck into the firehouse.

Ayers (left) with the Hennis family, prepares to take a 100-foot ride in Tower 11’s basket.

A special cake made for the occasion.

The Galax Volunteer Fire Department held a “push-in” ceremony for their new Tower 11 truck on Tuesday evening, with members of city council, the school board, fellow firefighters, their families and the auxiliary lending a hand.

The push-in ceremony, held at fire departments across the country, is a throwback to an era when fire engines were horse-drawn. Upon returning from a run, the horses would draw the engine up to the station, be unhitched and stabled, and firefighters would push the engine back-first into the station house, so it could be drawn straight out on the next mission.

Modern fire departments sometimes choose to honor their forerunners by christening new engines by backing them up to the garage bays and pushing them in by hand, along with their loved ones and community members.

The new Tower 11 replaces one that was manufactured in 1987 and was no longer operable.

The ceremony was preceded by a few minutes of allowing everyone to inspect the new truck, which boasts a 100-foot ladder, new fire-suppression technology, side-curtain airbags, rollover protection and collision sensors when using the ladder. It also bears the legend “Mad Max” in front, partly in honor of “Mighty” Max Brown, 10, firefighter Mark Burnett’s grandson, who has battled cancer multiple times.

After a few trips up in the new ladder truck’s basket, everyone gathered for a speech from Fire Chief Mike Ayers. He acknowledged and thanked the U.S. Department of Agriculture for the low-interest federal loan that covered part of the purchase price, and Galax City Council for taking on the debt service.

The full cost of the truck was $1.5 million; the fire department assumed 11% of the debt.

Tess and Kenneth Caldwell and Debbie Robinson, organizers of HoustonFest, presented the GVFD with a check for $58,000, saved over 10 years of the music festivals held as fundraisers for the department. The check was numbered 341, in honor of Houston Caldwell, the late 18-year-old firefighter and bluegrass musician in whose honor the festival is held. The 341 referred to his helmet number as a firefighter.

Ayers grew visibly emotional and said, “That’s Houston’s legacy, living on... it’s partnerships like this that help us protect the Twin Counties.”

He also referenced the “Mad Max” nickname for the truck. Ayers said it was “partly because of the iconic movie and the extraordinary machines in it, partly because of the power demonstrated by both master streams [of water] in operation from this truck. And partly to honor one of the toughest little kids in the City of Galax, Max Brown.”

This revelation was greeted with applause.

After the speech, and many thanks from Ayers, Tower 11 was maneuvered near the bay that will be its new home, and the crowd gathered to push it into position. The brief but — literally — moving ceremony was followed with a specially-decorated cake, light snacks and plenty of socializing.