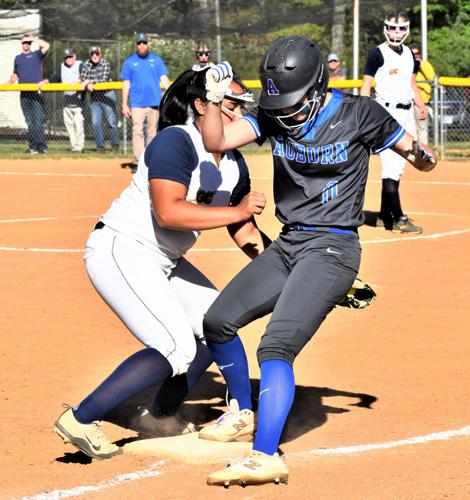 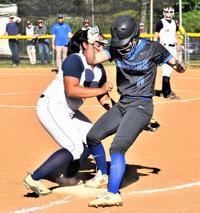 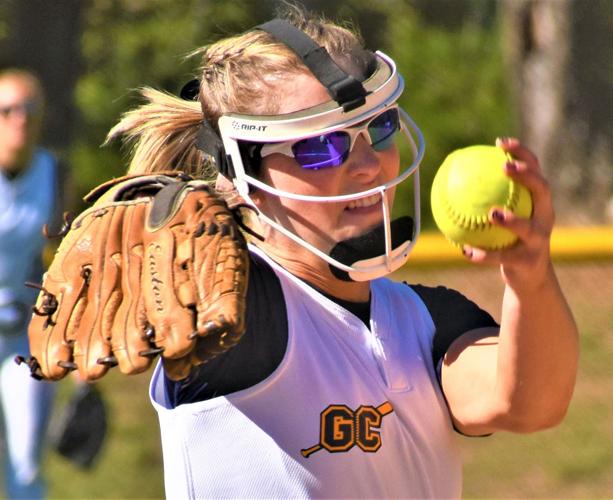 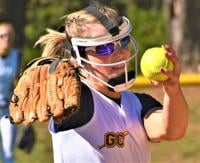 INDEPENDENCE — Grayson County suffered its first Mountain Empire District loss of the season Monday when Auburn held the Blue Devils to two hits and went on to a 7-1 victory in a softball game played at the Grayson County Recreation Park.

The first-place Blue Devils came into the game with a 14-3 overall record and an undefeated 9-0 record in the district.

Grayson beat the Eagles earlier in the season but this was another day and the Eagles came into the game with their bats blazing.

Auburn put its offense in motion early when Briel Underwood drilled a single into left field off Blue Devil ace pitcher Malorie Reeves. She advanced to second on a wild pitch and went to third on a ground out. The Eagles made their second out on a fly ball to centerfield.

Rachel Brotherton hit a dribbler in front of the plate and she was safe at first while Underwood scored on the play. A grounder to third base ended the inning with the Eagles taking the early lead at 1-0.

Grayson went three-up and three-down in their turn in the first inning.

The Eagles unloaded on the Blue Devils for four runs in the second inning.

Avery Zuckerwar led off the inning with a single to left field and Kendra Scaggs moved her to second on a fielders choice.

Reeves settled down and struck out the next two batters. She walked Emma Greenhalgh to load the bases and Shepherd delivered the big blow, a double to score two runs. The Eagles scored two more runs before Reeves got the third out on a strikeout. The Eagles took a commanding 5-0 lead.

The second inning went the same way the first did for the Blue Devils — three-and-out.

The Eagles pushed across single runs in the fourth and fifth innings to finish their scoring.

Grayson County didn’t give up and kept battling until they avoided the shutout in the bottom of the sixth inning when Reeves scored on a sacrifice fly to centerfield by Kylie Pope, who picked up the only RBI for the game for the Blue Devils.

The Blue Devils had only two hits in the game, both by third baseman Laliah Phipps.

Reeves pitched a complete game to post 10 strikeouts, allowing 11 hits, seven runs — only one of them earned — and walking two.

McKenzie Booth was the winning pitcher. She allowed two hits, one run, struck out three and issued seven walks.

The Blue Devils were scheduled to play at Fort Chiswell last Wednesday.