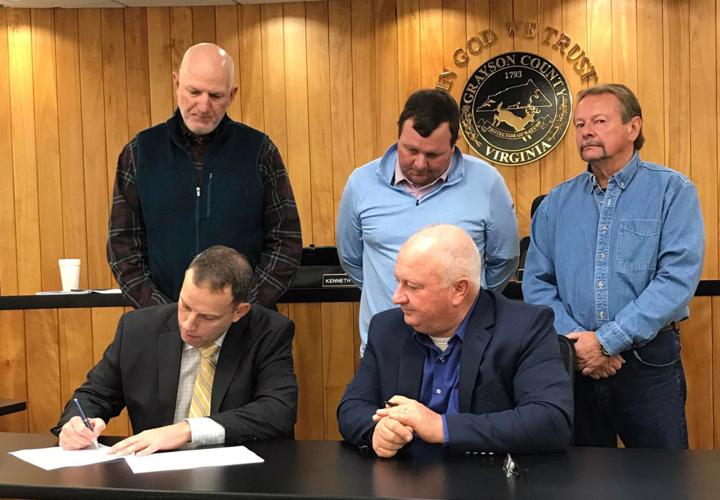 Stephen Boyer, seated at left, signs his contract for employment as county administrator as members of the Grayson County Board of Supervisors look on. 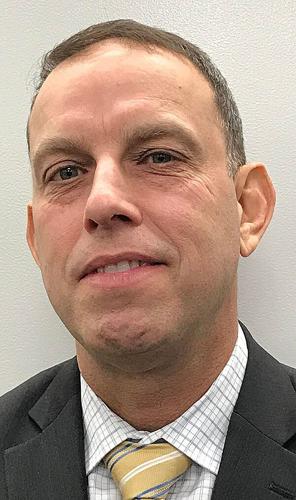 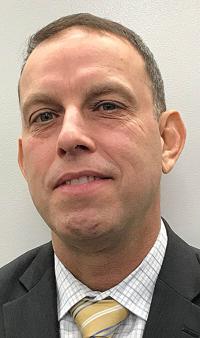 INDEPENDENCE — The Grayson Board of Supervisors conducted a national search for a new county administrator, but found their ideal candidate in a native of the county.

The board has hired Stephen A. Boyer as its new administrator. The announcement was made at the supervisors’ Jan. 12 meeting, where Boyer signed his contract with the county. He will begin on March 1.

Boyer is a graduate of Grayson County High School, a 30-year civil servant and senior executive with the federal government, according to the board’s news release announcing his hiring.

He replaces Bill Shepley, who retired in July 2022 after five years in the position. Deputy County Administrator Mitch Smith has been serving as interim administrator since then.

At last week’s meeting, Boyer addressed the audience for a few minutes, saying that in an interview, he was asked by the supervisors if he had any questions for them.

“And one of the questions I asked them was, ‘At the end of the year, how will you know whether you made the right decision or not?’ ” said Boyer. “And they all gave various answers, but Mr. [Kenneth] Belton’s answer was this: “My constituents, the folks who raise capital, will tell me that.’ That was a great answer.”

Before going over his resume, Boyer assured everyone that his Grayson County roots run deep. “My family are the Boyers, the Gentrys, the Anders, the Coxes,” he said, to nods of appreciation.

He started his public service career in law enforcement with the U.S. Department of Commerce and advanced to increasingly responsible positions, culminating in his most recent assignment as Executive Assistant Commissioner for Customs and Border Protection (CBP), Air and Marine Operations (AMO), reporting to a commissioner who is nominated by the president and confirmed by the U.S. Senate.

In his various roles, Boyer has worked with state, regional and local governments across the country on national security and emergency response operations, leading multi-disciplinary teams and managing multimillion-dollar budgets.

“I am honored and delighted to have this opportunity to continue my career of public service in Grayson County,” said Boyer. “I look forward to working with the board of supervisors to implement its vision for the community, to attract new business, promote Grayson as an attractive place to work remotely or retire, and to increase tourism while preserving our rural and outdoor lifestyle.”

He continued, “I appreciate the confidence that the board has shown in me and look forward to coming home, strengthening my relationships in the community, and working for the citizens of the county.”

“We are glad to have found an experienced leader who has a vested interest in Grayson County and who is returning home to make a long-term commitment to the community,” said Board Chairman Mike Hash. “The board looks forward to working with Stephen to further improve the county organization and its services, and to help us to make Grayson an even better place for its citizens to live.”